Welcome to the Ikon Student Newsletter

Ikon Newsletter was founded when a group of individuals decided to create a community. After a couple of quick meetings we were on our way to creating something extraordinary.

With time, we’ve grown into a mature organisation, allowing us to take our interests to new levels. When you decide to join us, you too will gain access to various events and, more importantly, a community of people who are just as passionate as you are.

We also need your help! This newsletter needs a name. Submit your vote in the poll below.

🎄MERRY CHRISTMAS TO ALL OUR WONDERFUL IKON STUDENTS

We can all agree that 2020 wasn’t easy, but with the support and loyalty of our amazing and dedicated students, staff and lecturers we got through it!

Thank you to all of you who were patient and understanding during such an unprecedented year and still remained passionate and excited to continue your studies.

From everyone here at Ikon we want to wish you a very Merry Christmas and a happy and safe New Year. We look forward to seeing you all again in 2021.

The Bachelor of Early Childhood Education is your pathway to an exciting career as an early childhood teacher where you will gain a contemporary body of knowledge and skills to educate children from birth to five years across a variety of settings and professional roles. Central to the course design is the significance of the development and learning that occurs between birth and starting school for every child.

Recently, our Ikon website has had a bit of a makeover. Feel free to take a look and browse around! For those who haven’t yet seen it, we have introduced a Student Testimonial page. If you would like to contribute and share your story with ther Ikon community and all our prospective students, please feel free to contact us. We absolutely love hearing about out students’ success stories and career journeys during their time studying with us.

Click below to see what’s happening around your state 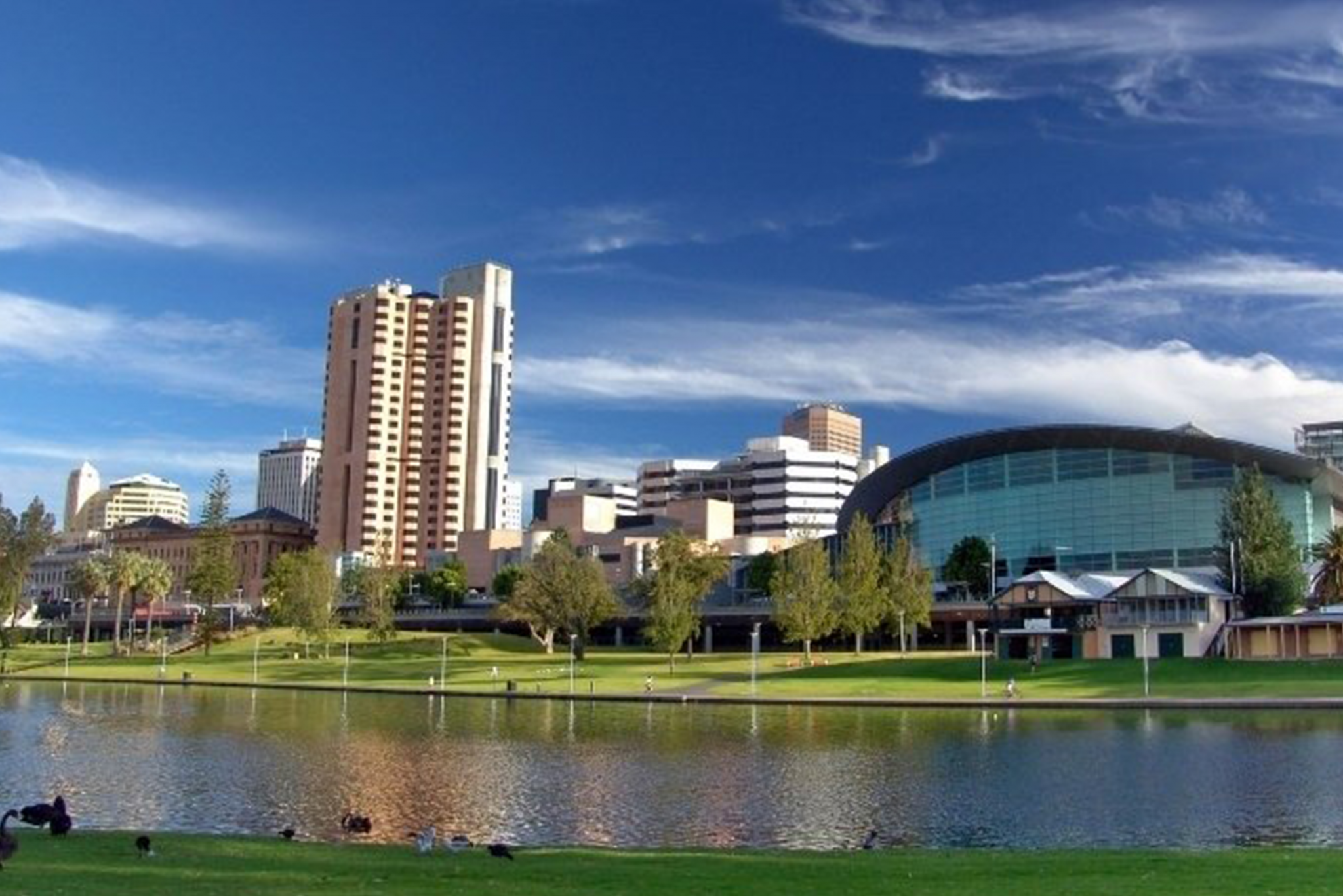 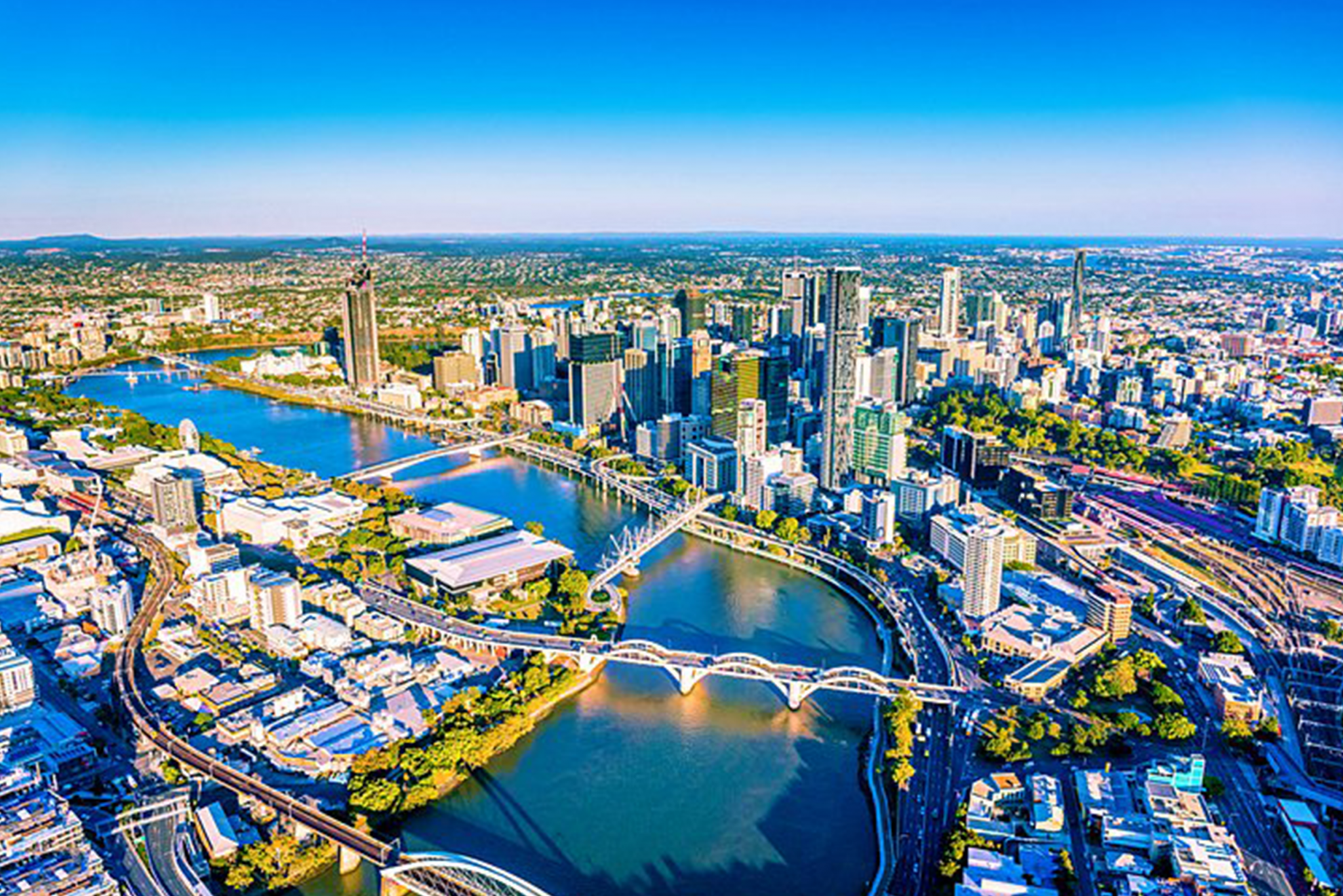 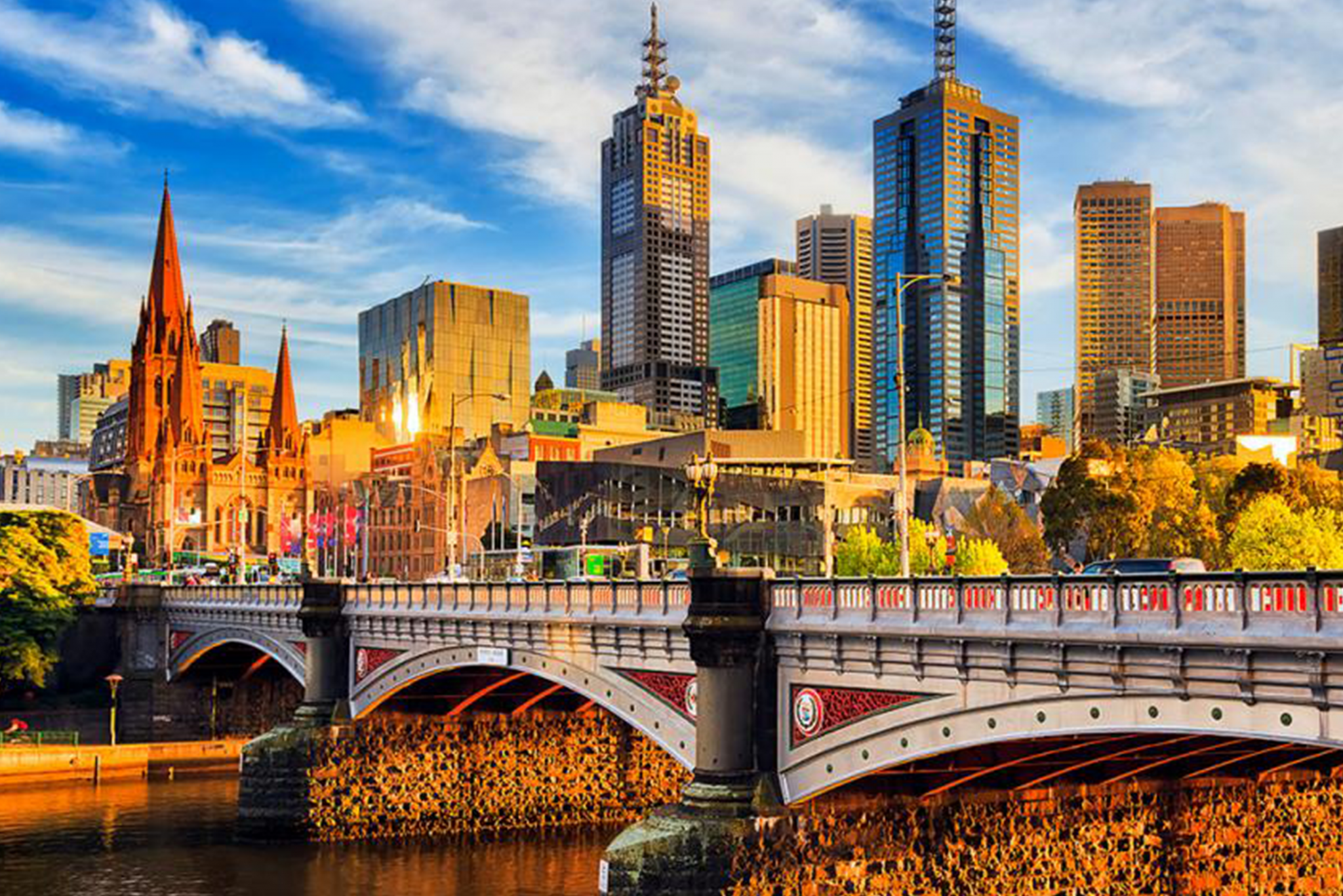 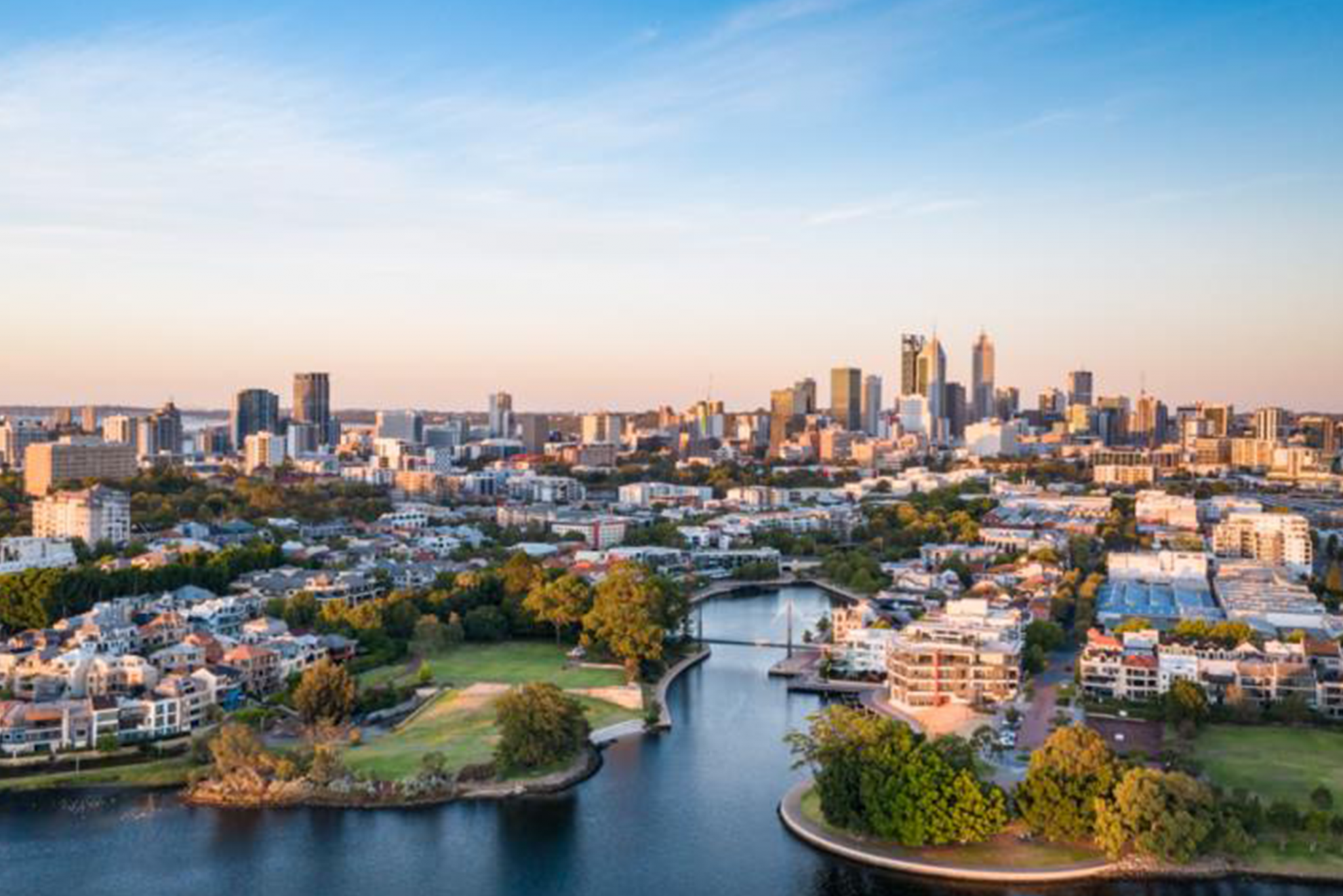 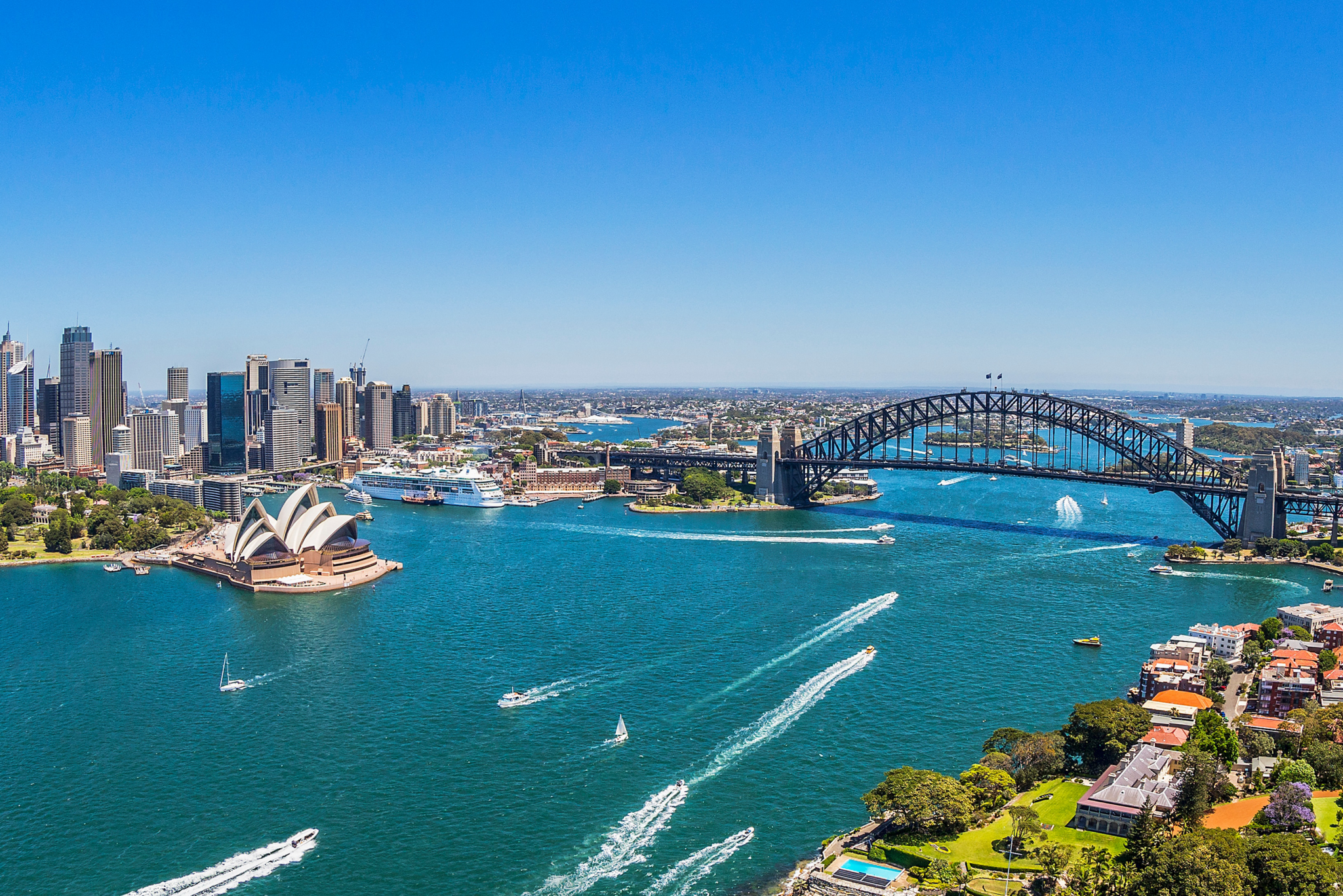 📅  Every third Sunday, 3-5pm
Nature and Chill – Mindfulness for under 25s

Ikon’s exceptional teachers make this learning journey equally theoretically rigorous, as well as deeply fulfilling and meaningful. Anyone with an interest in life, should step foot through their doors at least once in their lifetime.

10 Fascinating Facts About the Subconscious Mind

The average brain has about 10,000 synapses per cell. Each synapse passes electrical signals around your brain, which basically tells your body when to do stuff. Moreover, according to scientists, the human brain is able to contain an amount of data that’s about 100 times the size of the US Library of Congress. That is a tremendous amount of information, and most of it is hiding beneath the surface – 95% to be precise. To demonstrate how our subconscious memory aids us constantly, think of driving. After a few weeks of driving the same route, you can already do it without thinking – you’re on autopilot. That is the subconscious at work.

2. It Is Always Active

The subconscious mind does not go to sleep when the conscious part does. Not only does it maintain your bodily functions (such as breathing), it stays alert and absorbs messages even while you’re sleeping. If you fall asleep in front of the TV, your subconscious will hear every word that is being said. That is the reason some people play soothing music while they sleep, or expose themselves to empowering messages before bed.

All the information and data that is constantly being collected and stored in the subconscious is communicated to us in images, feelings, sensations, and dreams. These representations are made verbal by our conscious. The subconscious does not speak in words.

As per the driving example, the subconscious mind is habitual and recognizes patterns. If you repeat the same thing again and again, it will be retained intact by your subconscious mind. This is particularly interesting in the case of motivation – if you repeat positive and motivational words and messages, it might actually change your outlook in the long run.


5. It Takes Everything Literally

6. It Only Knows NOW

The subconscious mind does not have a perception of time. It can only think in terms of the present. This connects to the topic of ‘training’ the subconscious which was touched on earlier. If you want to subconsciously believe you will achieve something, you need to visualize yourselves achieving it in the present time.


7. Unable to Process the Word No

Because the subconscious mind is not verbal but only representational, it cannot process the meaning of ‘no’. That way, if you repeatedly think ‘I will NOT eat chocolate’; the subconscious mental image you get is of, well, eating chocolate. Instead, you can visualize a mental image of what you DO want – eating an apple for example.

The subconscious mind works best when you are not alert. This is the reason your most ingenious conclusions come to you in the shower. Or staring blankly out the window on a bus. When we are at peace, the subconscious can be productive.

Studies dating back to the 1970s have concluded that the body starts preparing itself for action over a third of a second before we have consciously made a decision to act. In other words, oftentimes we think we’ve made a conscious decision, while the subconscious (or our ‘instinct’) has already decided for us.


10. The Power of Visualizing

Don’t belittle the power your unconscious has over your performance! We’ve already mentioned the impact visualizing has over the subconscious, and it is actually backed by research. In 1972, the sports psychologist Richard Suinn conducted an experiment where visualization was part of training for Olympic athletes. When downhill skiers were asked to visualize skiing, electric signals from their brains were comparable to those found on the day they were actually skiing. A similar study conducted in France showed that long jumpers who visualized their jump attained better results 45% of the time.

In conclusion: Your subconscious not only controls you, you control it as well, and exploring it may bring a positive impact to your life.

Documentary:
📺  The War on Sensemaking with Daniel Schmachtenberger

Books:
📗  Freud as Philosopher by Richard Boothby
📘  Reinhabiting Reality by Freya Matthews
📕  The Gods in a Time of Corona by Bernie Neville

PICTURE OF THE MONTH

Image from brightsideme
This quokka sure looks like a wise sage

We use cookies on our website to give you the most relevant experience by remembering your preferences and repeat visits. By clicking “Accept All”, you consent to the use of ALL the cookies. However, you may visit "Cookie Settings" to provide a controlled consent.
Cookie SettingsAccept All
Manage consent

This website uses cookies to improve your experience while you navigate through the website. Out of these, the cookies that are categorized as necessary are stored on your browser as they are essential for the working of basic functionalities of the website. We also use third-party cookies that help us analyze and understand how you use this website. These cookies will be stored in your browser only with your consent. You also have the option to opt-out of these cookies. But opting out of some of these cookies may affect your browsing experience.
Necessary Always Enabled
Necessary cookies are absolutely essential for the website to function properly. These cookies ensure basic functionalities and security features of the website, anonymously.
Functional
Functional cookies help to perform certain functionalities like sharing the content of the website on social media platforms, collect feedbacks, and other third-party features.
Performance
Performance cookies are used to understand and analyze the key performance indexes of the website which helps in delivering a better user experience for the visitors.
Analytics
Analytical cookies are used to understand how visitors interact with the website. These cookies help provide information on metrics the number of visitors, bounce rate, traffic source, etc.
Advertisement
Advertisement cookies are used to provide visitors with relevant ads and marketing campaigns. These cookies track visitors across websites and collect information to provide customized ads.
Others
Other uncategorized cookies are those that are being analyzed and have not been classified into a category as yet.
SAVE & ACCEPT